sharing the redeeming love of Christ with the unreached 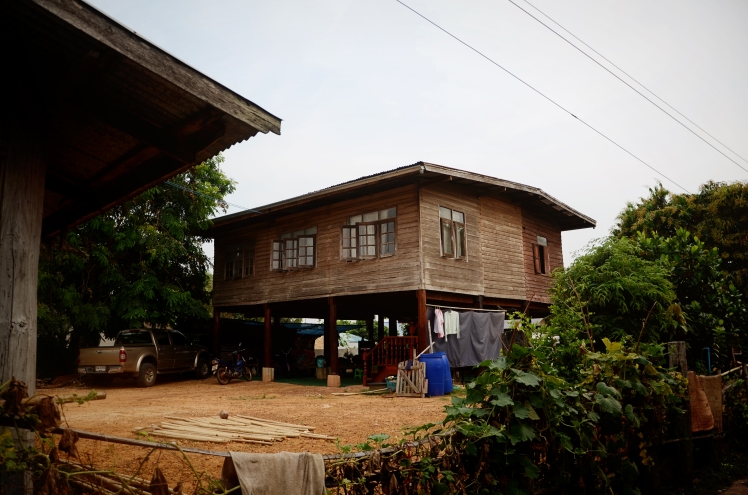 We had been out all day, and this was our last stop for our Wednesday outreach. As we pulled up to the house and I hopped out of the back of the truck, I caught wind of the status of the person we were going to pray for. Days earlier, one of the believers in her village had tried praying for her, but as soon as she began to pray in the name of Jesus, the woman’s eyes began to burn with red like a fire and her skin began to lose color until it became a pale black. She snapped at the believer, and the prayer seemed to make no difference. We were now going back at the request of the possessed woman’s mother.

This woman has been working on the Cambodian border for some time now, and she has gotten involved in what the Thai’s call the “Evil Spirits of Cambodia”. Through the practice of visualization and meditation, the village leaders partake in a ritual that involves removing the lid of their brain and inviting demons to come inhabit their minds. This woman started to partake in these rituals, but since partaking in these, she has begun to lose her vision accompanied with severe migraines. Every single day her vision gets worse and worse, and her pressure in her brain builds until it feels like it is going to explode. She is constantly tormented by suicidal thoughts, condemning voices and dark spirits. She is living in a reality of chaos every moment, and there’s no telling how much longer her life will be able to sustain such torment.

We decided to stop by the house without calling first. As we approached, the family began to make their way back in from working out in the fields. As the possessed woman approached us, it was obvious that she was covered in fear. Praise God that He had prepared my heart in advance for this encounter, and I was completely full and over flowing with Holy Spirit. I couldn’t stop smiling, and the love that Jesus has for her was emanating through my entire person. She wouldn’t make eye contact with me, and she was covered in fear. After some time of prayer and sharing, she began to open up and tell us about all of these events that she had recently taken part in. After some more time of us sharing the Gospel with her, she began to let down her guard and receive what we had to say. In the end, she refused to be delivered. She was unwilling to let go of what she had living inside of her. She was terrified of what would happen to her when she returned to the Cambodian border later that week. If the other people in her village found out that she was no longer filled with these demons, she was afraid that she may have to go through this process of possession all over again. We shared a little more with her, and then we left her with an illustrated Bible in the local Isaan language.

Jesus is the light of the world, and He has given us the same privilege by His living inside of us. If we don’t destroy Hell and darkness, who will? The Gospel is not self-serving. It is an immediate denial of self so that we can embrace the entirety of who Jesus is. He is love, and He wants to expose His glory to the world by showing them who He is through our character, attitude, demonstration of love, anointing, authority, power, and lives.

“And Jesus answered him, “Blessed are you, Simon Bar-Jonah! For flesh and blood has not revealed this to you, but my Father who is in heaven.  And I tell you, you are Peter, and on this rock I will build my church, and the gates of hell shall not prevail against it.  I will give you the keys of the kingdom of heaven, and whatever you bind on earth shall be bound in heaven, and whatever you loose on earth shall be loosed in heaven.” Matthew 16:17-19 ESV

Come on church, let’s live this thing out!